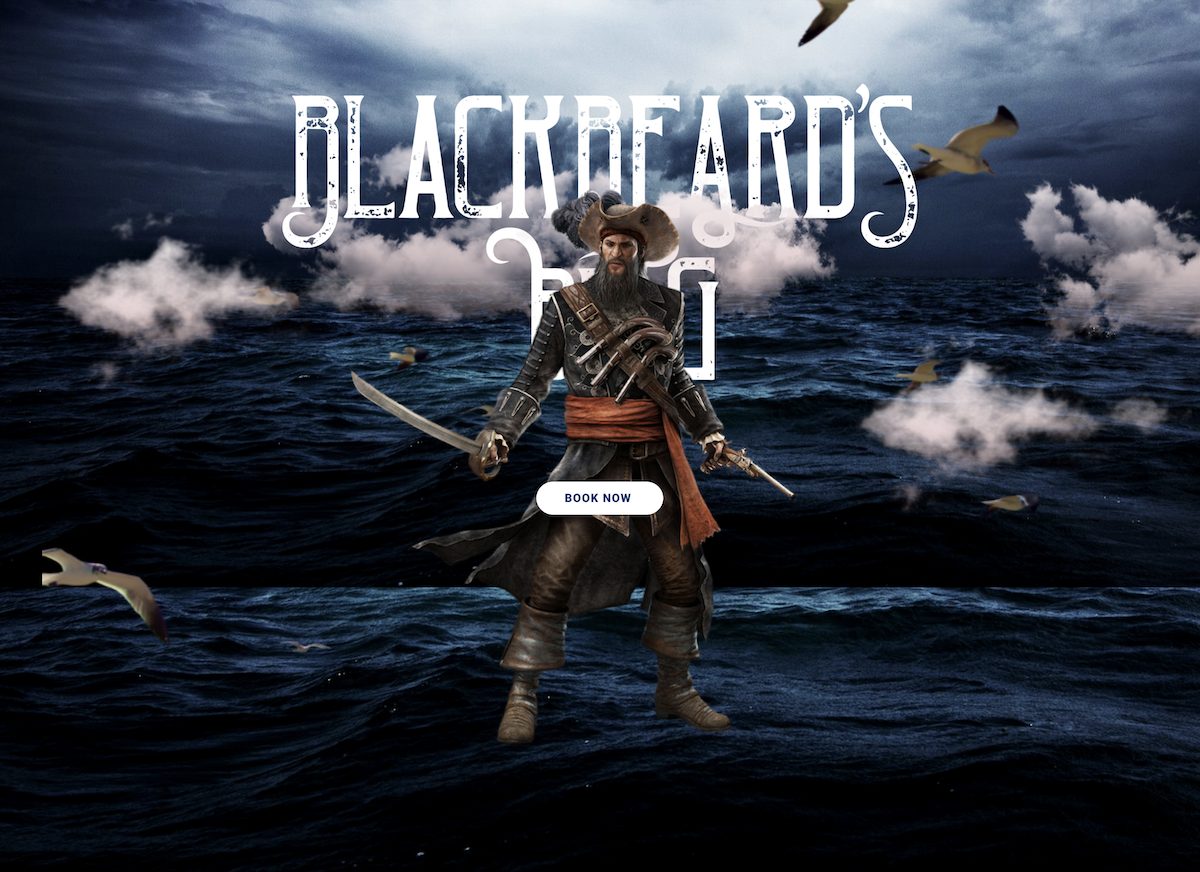 Review of “Blackbeard’s Brig”
at Confundrum in Burlington

“You’re being held hostage by the evil pirate Blackbeard. He has gone ashore to pillage and plunder leaving you to ponder a terrifying end. You have 60 minutes to escape that fate.”

Confundrum is rated as the best escape room in Burlington on some sites.  While we have done all of the rooms there, we need to revisit some of them as it’s been a while.  Blackbeard’s Brig is a classic, typical western-themed room.

The hosts there are always friendly (a bit too talkative at times) and there is a wide selection of board games and group games to play while waiting.  There is some cross-noise between rooms and the walls don’t go to the ceiling (fire-code reasons apparently) and so that affects immersion in this room.  Their other room, Twisted Wood has great immersion in spite of that.

We found that some of the puzzles weren’t just challenging, but poorly executed.   Potential spoiler: There is one piece in the room that admittedly was not part of the room and so a puzzle was added nearby to include it.  There was another puzzle that we just found too abstract in a group of four experienced players.  Finally, there’s a puzzle near the end that, while technically neat, looks cool, and is themed correctly, the technology just doesn’t fit with the room immersion.  The decor and room are otherwise pretty good.

The room is not overly difficult and we’d give it a rating of medium, but there are a couple of bad puzzles that are likely to stump you.