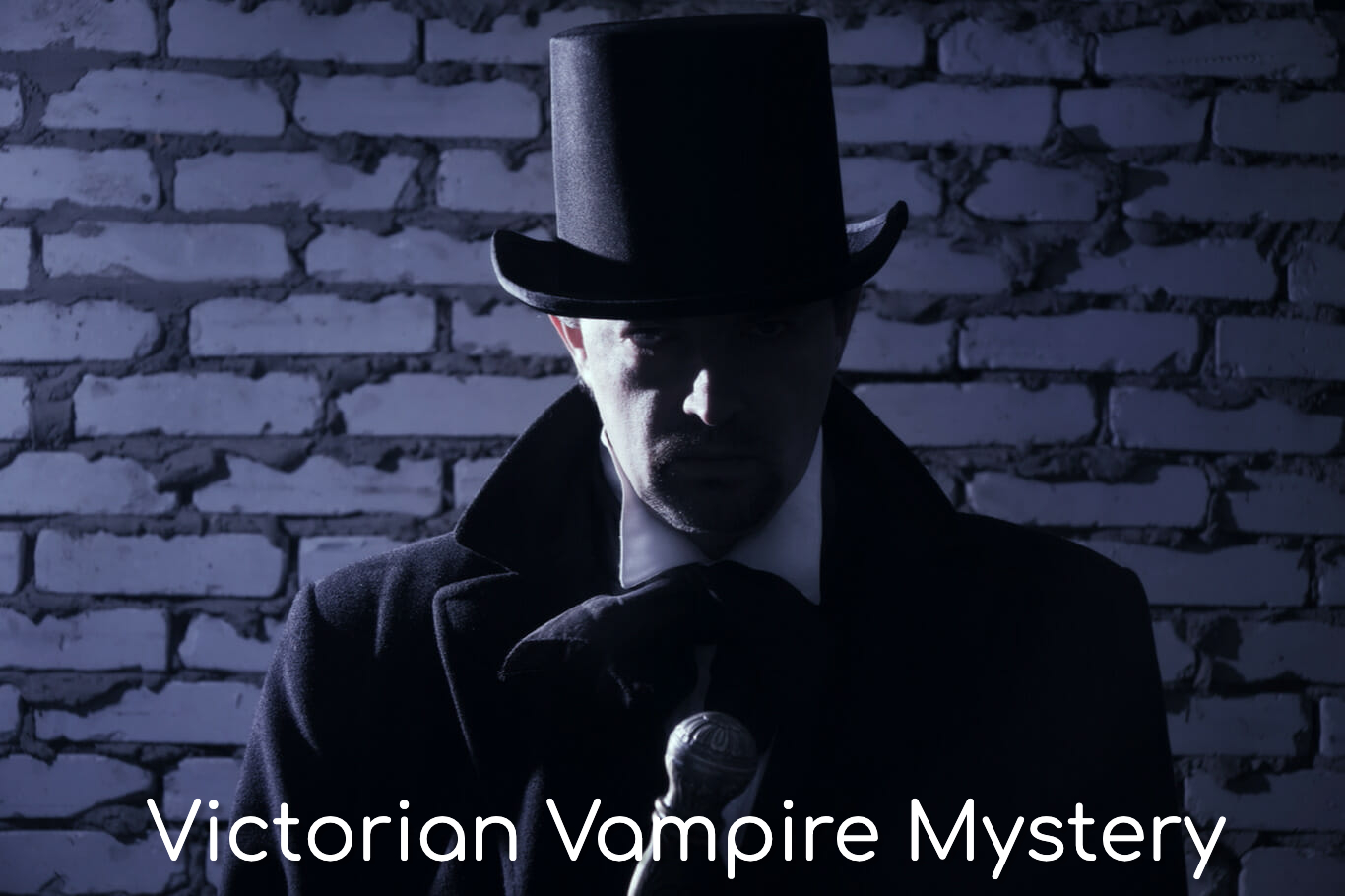 Review of Victorian Vampire Mystery
at Unlocked Ottawa in Ottawa

The Vampire Patrick Bones was found dead in his living room and authorities are stumped as to what happened to him. It is up to you and your team to explore his home and look for evidence that tells you who committed the crime, what weapon they used, and why.

Unlocked is a nerd’s delight.  There is just something about this place that screams “I’m here to solve problems.” There are brain teasers and games in the waiting area to keep you busy while waiting for your room.  The staff are pleasant are friendly.

The Victorian Vampire Mystery story takes place in two different “locations” – your office and the crime scene.  Moving between these naturally breaks the immersion.  It would be nice to see that office redressed as an “on-site command post” or something like that so you feel like you’re in the same location.

This space is a good size and can handle a larger party of 4 to 6 people.  It was just a bit too difficult for the two of us to complete but three people should be able to complete it within the time.

There are several “streams” of puzzles that are color-coordinated to help you connect the dots between clues.  This definitely harms immersion and I’d prefer to see either a more subtle way to connect the various puzzles or have fewer puzzles so that they can be connected more easily.  A benefit to having the paths laid out like this is that 6 people could be working on different streams at once.

The puzzles were, for the most part, straightforward and of the right difficulty. One exception is towards the end (the order of pressing the light pentagram) which the staff admitted had people trying to solve it the wrong way regularly.  This puzzle needs to be reworked because right now it doesn’t make enough sense.

Overall, a good experience, especially for a larger group of newer players who all want to contribute something without getting overwhelmed.